House of Hope aspires to be one of the first Waldorf schools in the West Bank. Why? Because Waldorf classrooms are known for personalizing learning with gentle warmth and thoughtful sensory stimulation. This therapeutic setting is particularly helpful for children with trauma from war or conflict, like many of the young students of House of Hope.

House of Hope cofounders Milad and Manar Vosgueritchian first learned about Waldorf in 2016, when two Waldorf instructors from Germany visited the school as volunteer teachers. “Waldorf creates predictable and loving rhythms that give children  security and a sense of wholeness of life,” said Manar. “I saw the teachers surround the children with gently paced lessons that used art and music as teaching tools. The result was more relaxed, secure feeling children that were better in touch with their emotions.” 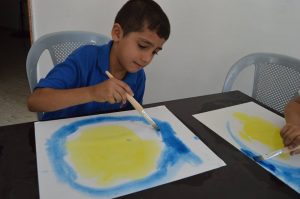 In April 2017, Manar was invited by the volunteer teachers on a three week tour of over a dozen Waldorf schools in southwestern Germany. A few months later she visited one of the only Waldorf schools in an Arab country- the  Bait al-Shams kindergarten in the Shatila Refugee camp in Beirut (more on that below). And by October 2017, she received a full scholarship to David Yellin University in Jerusalem to study Waldorf. Without question, Manar’s passion for bringing Waldorf to the West Bank is gaining momentum.

Wait, What Exactly is Waldorf?
House of Hope believes that Waldorf is a great match for Palestinian children caught in the cross hairs of the Israeli/Palestinian conflict for many reasons. The Waldorf philosophy asserts that all humans have the ability for self-improvement, spiritual growth, and the potential to change the world around them. It heavily emphasizes imaginative and practical hands-on work that is personalized for every child’s development. Children are also introduced to lessons through music, visual arts, dance, writing, and myth. Through experiences with the creative arts, Waldorf students cultivate their capacities to be individuals with healthy self esteem and of service to the world.

Waldorf was developed by Austrian philosopher Rudolf Steiner for the children of cigarette factory workers in 1919, when Europe was rebuilding after World War I. With its emphasis on personalized learning and the creative arts, Waldorf was a new type of educational model, one that was radically different for its day. Today, the model remains unique when compared with traditional schools around the world- especially overcrowded Palestinian public schools. 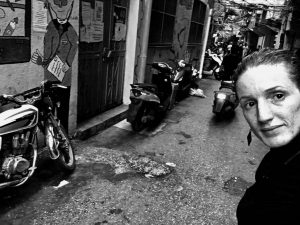 The Shatila refugee camp was originally set-up for Palestinian refugees in 1949. It is located in southern Beirut, Lebanon and houses more than 9,842 registered Palestine refugees. Since the eruption of the Syrian Civil War, the camp has swollen with Syrian refugees. As of 2014, the camp’s population is estimated to be from 10,000 to 22,000.

In the camp, unemployment, violence and poverty are prevalent. Palestinians in Lebanon are not given equal civil rights; for example, they are legally barred from owning property or entering a list of desirable occupations. There is a lack of hygiene, privacy, daylight and space for children to simply be themselves and play games. 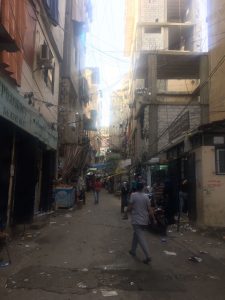 The Bait al-Shams Kindergarten was formed as a protective space for the children suffering from violence and poverty within the camp. Bait al-Shams currently gives 55 children a safe space for learning and playing on a continuous, reliable basis.

“In our kindergarten, everybody is treated with respect and love. The teacher try to talk and encourage the children always in positive way and to act as a positive role model. There is no shouting or stress or punishment. Without pressure, children learn better! That does not mean that we do not have rules and it doesn’t mean that the children are allowed to do anything they want. But it means that the children are given the opportunity to channel their emotions and their energy into something constructive.”- Beit al-Shams website

To learn more about Bait al-Shams Waldorf Kindergarten, check out this video

Stay tuned for more updates about House of Hope’s integration of Waldorf into its classrooms! 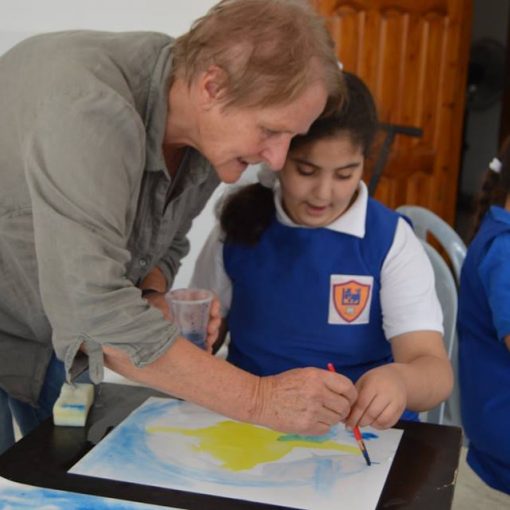 Volunteers and interns, and the energy and optimism that they bring are a critical part of House of Hope’s life-giving work. Many […]