International donors play a prominent role in delivering core social services in Palestine, according to the World Bank. So when the United States announced it was ceasing all funding to Palestinian aid and civil society projects, the implications were catastrophic for people living in East Jerusalem, the West Bank, and Gaza.

For decades, the U.S. government funded Palestinian programs ranging from education, water and sanitation, to Palestinian Authority security forces. The cuts came in stages over the course of the last year and culminated in February 2019 when every penny of U.S. funding for Palestinians came to a halt.

Below are some of the milestones of the funding cancellation:

While the U.S. funding cuts have created a wide-ranging impact, education took a big hit, especially schools that receive UNRWA and USAID funding. Soon after the cuts were announced in August 2018, there was a tense period where the UNRWA was uncertain of the ability to secure the funding necessary to pay the 22,000 teachers in their schools and open their 711 doors for the 2018 school year.

After the cuts were announced, the Commissioner General for the United Nations Relief and Works Agency for Palestine Refugees in the Near East (UNRWA) Pierre Krahenbuhl declared the need of an addition of $217 million to ensure the opening of the schools for the 2018 school year. Fundraising efforts were initiated, such as the Dignity is Priceless campaign, and the UNRWA began making appeals to Member States to increase their funding pledges.

When the time came for the schools to open in September 2018, there were enough funds to start the school year, but there was still uncertainty in how long the funds would last. Certain positions at UNRWA schools deemed non-essential were cut because of the lack of funding, and funding for the 2019/2020 school year remains uncertain.

Many fear that cuts to education will have a uniquely negative impact on Palestinian women and girls. When society or institutions start to break down because of lack of investment, women are even further burdened by the domestic responsibilities they are traditionally associated with, said Susan Markham, USAID’s former senior coordinator for gender equality and women’s empowerment. Managing time between professional responsibilities and “housework” becomes an even greater challenge. “It’s something that is not measured oftentimes, but has a real impact on everyday women’s lives,” she adds.

“USAID really focused on helping [Palestinian] women gain economic empowerment,” says Markham. It involved programs that put girls through high school, funded internships and mentorships, and helped women start their own companies, creating a positive cycle where women “were being valued by the community as a business owner or a worker able to bring money home to the family.” These changes, she says, helped shift gender attitudes in Palestinian society. Without USAID and UNRWA programs that were promoting gender equality through education, fewer opportunities exist for women to participate as active members in society.

Continued Uncertainty as NGOs Try to Fill the Gap

Palestinian school funding is still uncertain in 2019. The UNRWA made difficult decisions in adapting to the new budget, including the elimination of many school positions. Though its schools still functions, the UNRWA’s capacity to carry out its usual programming has been reduced.

The impact of school instability on student stress levels in palable. Hada, a fourteen-year-old student at a UNRWA school in Gaza, told the United Nations News Service that “everyone was very anxious,” and when students tried to visit the school counselor’s office, she added, “they were reminded that she was no longer there.”

Another student, Eva, 14 told UN News: “The school is trying as much as it can to teach us in a hands-on method, and in past years when we studied chemistry we used to do experiments. I have dreams to be something big in the future, but I have to cut those dreams down because of the situation we live in now.”

The likelihood of ongoing funding instability for Palestinian social services makes the work of NGOs on the ground in Palestine even more urgent. House of Hope is more determined than ever to deliver an education for Palestinian children that helps them not only survive but thrive.

Whether or not these children have access to a quality education depends on donors like you. When you make a donation to House of Hope or sponsor a child’s scholarship, you plant the seeds of hope and healing in the Holy Land.

Learn more about House of Hope student scholarships here. Your scholarship nurtures the next generation of Palestinian peace and changemakers. 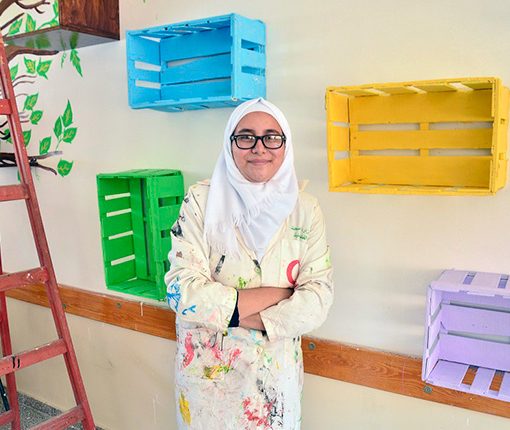 In Gaza, a UNICEF staffer describes how, in the midst of hopelessness, a group of determined Palestinian girls are building a library- and […] 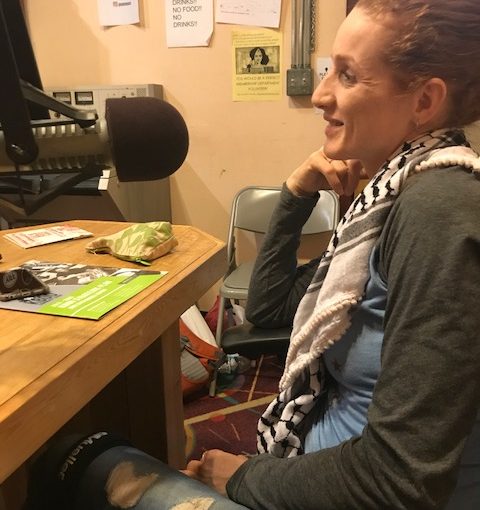 Did you hear her? House of Hope Cofounder Manar Wahhab Vosgueritchian recently gave a fascinating interview about House of Hope on “One […] 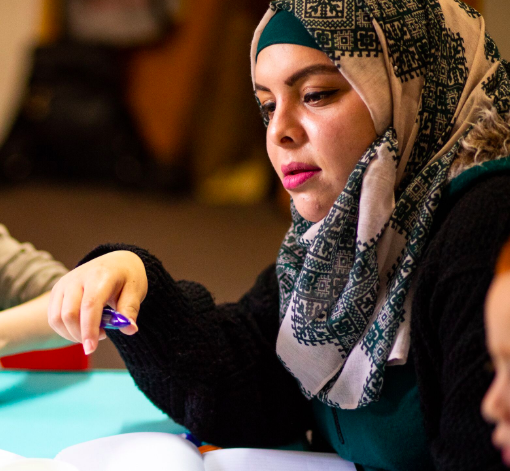 House of Hope believes in teachers. We believe they are essential for healthy, vibrant communities. Check out our 2019 Teacher Training report […]